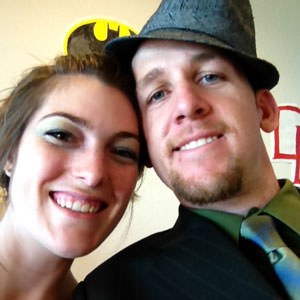 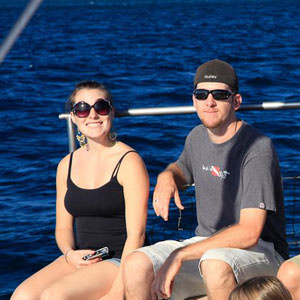 Gesen moved to the island of Maui in July 2009, where Matt had lived for 2 years. Although they were both actively involved in their church, they were polar opposites. When Gesen began working in town and had no vehicle to get there, their pastor instructed Matt to give her a ride to and from the office. These were quite possibly the most uncomfortable, tension packed truck rides either had ever experienced. Gesen muttered the words “this is why we could never date” more than once. She is now proof of why people say, "never say NEVER," when it comes to things of the Lord. During one of the biblical feast, Matt's eyes were opened to see how much of an amazing woman of God Gesen was. Gesen was very stubborn as they were becoming closer and closer friends, until finally a year later she broke down and admitted that she had feelings for him too.

It was a rainy Tuesday in December and Matt was told to go home from work due to the weather. Gesen had stayed up until two in the morning taking a final exam for her online college course and felt terrible. Gesen told the office she was going to “go-home-sick” after her morning meeting. She instead met Matt at Ruby’s Diner for lunch. Matt ordered a burger while Gesen had clam chowder. Even though it was a date, Gesen was in denial and refused to let Matt pay for the meal. 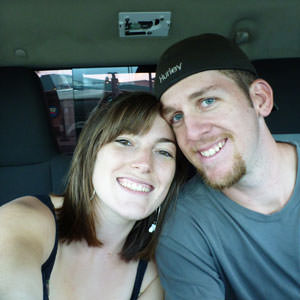 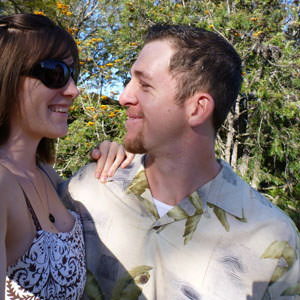 Over the next two years, Matt and Gesen’s love began growing deeper and deeper. Their stubborn personalities did not make for a pain free relationship, but it opened the door for them to draw from the Lord's strength. They came to the realization that no matter what life would bring, they had a foundation laid firmly in strength and love that was not theirs, but the Lords; and His love never fails. They found a way to honor one another and cherish the times that they had together. One way Matt honored Gesen was taking her on an extravagant surprise birthday adventure throughout Maui. The following year, Gesen honored Matt by treating him to an island excursion on Lani.

Gesen was helping orchestrate their annual church whale watch after visits from her mother and her sister. Matt was reluctant to go on a third whale watch in one year and made it very clear to Gesen that he was only going because she wanted him to. However, he had a greater plan up his sleeve. While Gesen was busy making arrangements and collecting head counts, Matt was busy planning a perfect proposal. Driving to the whale watch on Saturday February 8th was nerve wracking for Matt and he was visibly uncomfortable. Gesen kindly asked him to at least pretend to have fun, even though she could see he did not want to go.

Once on the boat Gesen and Matt were eventually on opposite ends, Gesen with her co-worker and Matt with their pastor who had kindly been carrying the ring. A mutual friend informed Gesen that a group picture was going to be taken at the back of the boat. When Gesen got to the back of the boat she quickly noticed that there was not nearly enough people there for a group picture, but thought perhaps they were still being gathered. Matt approached Gesen and led her to the back railing where he whispered in her ear “are you done waiting?” and placed his shaking hand on her back. Gesen was startled by the question, but knowing exactly what he meant as they had been talking about getting engaged for a while, responded, “What? Why are you shaking?? What’s going on!?” Reality had not set in. All the while, Matt was getting down on one knee, pulling out a ring and placing it gently on Gesen’s finger. “No, no, no, no, no,” were not words of anger or disagreement, but pure shock and disbelief. It was not until Gesen heard a camera clicking that she knew it was for real. Passengers around the boat were confused why the song “I just can’t wait to be King” was blasting over the speakers, but cheers quickly spread throughout the boat. Someone yelled, “Gesen, we couldn’t hear you! What did you say?” and she shouted “YES!!” at the top of her lungs. The rest of the boat ride Gesen was the one shaking, but they were both grinning from ear to ear.